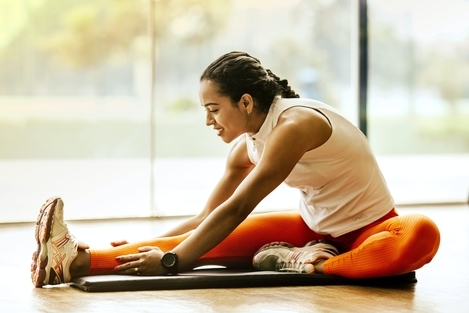 The average American woman earns 81% of what an average American man earns, according to the Bureau of Labor Statistics. And this stark disparity has hardly budged for more than a decade: the pay gap between men and women has sat at 80%-83% since 2004.

The gap varies by industry, according to Payscale: the legal profession has the worst discrepancy at 64%, while arts, entertainment and sports comes in well above average at 94%. While this is heartening for advocates of equal pay, there is still progress that needs to be made—especially when it comes to professional sports.

With a new decade ahead, we are taking a look back at how athlete compensation changed over the past ten years, and the obvious trends of wage equality in sports. We compare average salaries of male players vs female players across sports like basketball, soccer and tennis, and highlight some of the major steps forward in the pursuit for equal pay.

To learn more about Adelphi University’s Online Programs download a brochure, fill out the fields below or call us at 888.252.4110 to talk with one of our enrollment counselors.

Are you enrolling from outside the U.S.? Click here.

The Gender Pay Gap in Sports

Each league and sports organization has its own structure of compensation and benefits. But, while the level of pay varies from sport to sport, a look at five popular American sports shows a common reality: female athletes consistently make less than men.

Whether professional players receive salaries or individual prize money from competitions, male athletes in basketball, golf, soccer, baseball and tennis make anywhere from 15% to nearly 100% more than female athletes. While compensation for women has improved over the past decade, the gap still extends to even the world’s highest-paid players.

To learn more about the Adelphi University MS in Sport Management program, download a brochure.

While the pay disparity didn’t change, there is one aspect of the Forbes top-ten list that did. The top ten highest-paid women in 2019 were all tennis players when a decade ago the top-ten list included NASCAR, ice skating and golf. Tennis has made moves to increase equal pay between their male and female players, and today all four major tennis tournaments offer equal prize money. This is just one of the ways that professional sports are working to improve pay inequality. But as recent lawsuits and even Twitter battles show, we still have a ways to go.

Let’s take a closer look at the professional athlete salary statistics for three sports that have made headlines when it comes to the gap in professional pay: basketball, soccer and tennis.

Every year since the Women’s National Basketball Association’s inaugural season in 1997, the highest-paid women’s basketball player has earned less than the lowest-paid National Basketball Association player. In the 1997-98 season, NBA rookies made 176% more than WNBA rookies. And while that gap narrowed slightly at the start of the 2010s to 172%, it widened again by the end of the decade to 182%.

The starkest gap remains at the very top. Golden State Warriors player Stephen Curry was on track to make more than $40 million in salary alone during the 2019–20 season. In the same year, DeWanna Bonner, the highest-paid WNBA player, was eligible for a base salary of $127,500, a difference of almost 200%.

However, the past decade has seen some attempts to narrow that gap. In 2009, the WNBA started to allow sponsorship on jerseys in order to boost revenue, a move that the NBA repeated in 2017. In 2016, ESPN doubled their rights fee to show WNBA games, paying $25 million a year. And in 2019, CBS Sports made a deal to pay for additional games. But one of the biggest moves was the WNBA’s 2020 community bargaining agreement.

For years, another major difference in compensation came in the form of revenue sharing. NBA players receive about 50% of the league’s revenues. Up until 2020, the WNBA received 20% of their league’s revenues. That changed with a new community bargaining agreement, reached in January of 2020, which agreed to a 50-50 split and brought WNBA players in line with their male counterparts.

The 2020 agreement was also a big step forward in terms of WNBA players’ salary potential. For the first time, the average salary reached six figures.

While 2020 brought unexpected changes to both the NBA and the WNBA, with both leagues’ seasons affected by the COVID-19 pandemic, the CBA still remains. Both men’s and women’s basketball used the unusual circumstances to play with online options and enhance the at-home fan experience, and the WNBA saw its highest draft viewership in 16 years during the 2020 virtual draft.

Bloomberg News recently touted soccer as “the future of sports in America,” and soccer fandom has clearly grown within the United States. In 2018-19, the federation reported total revenue of $115,128,170, a growth of 160% over the last decade. In 2019, 14 million people watched the U.S. Women’s National Soccer team defeat the Netherlands to win the FIFA Women’s World Cup—10.5 million more viewers than their 2001 finals appearance.

But, with all this growth, are men’s and women’s earnings in line?

Major League Soccer played their first game in 1996, after the United States hosted the 1994 FIFA World Cup. The National Women’s Soccer League played their first game in 2013, following the end of the Women’s Professional Soccer league the previous year. Both teams have a salary cap, meaning each team has a limit on how much they can pay their players and some limits on how they can divide that pot of money.

While both men’s and women’s soccer players are seeing salary increases alongside the sport’s rise in popularity, men still far outearn women. That gap is narrowing slightly, however. In 2020, the league difference in rookie pay decreased by 50% (down from 154%), while the salary budget gap closed by 22%.

There is still quite a ways to go to close this gap, but the NWSL is making changes to offer more competitive compensation.

The pay disparity in professional soccer exists at an international level as well. In 2019, the teams in the FIFA Women’s World Cup shared a $30 million prize pool. That equaled the prize money for a single winning men’s team a decade earlier.

In 2019, FIFA proposed doubling the women’s prize pool to $60 million in the 2023 World Cup, and announced that they would spend $1 billion on women’s soccer over a period of four years. But many players say this is not enough.

While MLS and the NWSL have only been around for a few decades, the United States has fielded national soccer teams in World Cups since 1930 (US Men’s National Team) and 1991 (US Women’s National Team). Since then, the women’s team has won four FIFA Women’s World Cup titles. Until 2018, the men’s team qualified for the World Cup every year since 1990, but has not won a championship.

For much of the decade, the US Women’s National Team and the U.S. Soccer Federation have clashed over equal pay. Two major moments in this dispute include:

The SBNation site Stars and Stripes compiled a full timeline of the USWNT’s negotiations with U.S. Soccer over the years.

Tennis is one of the few sports where the United States women, on average, make more than men. However, the men still come out ahead internationally.

Outside the majors, the average earnings of U.S. women ranked by the Women’s Tennis Association were higher than the U.S. men in the Association of Tennis Professionals. At both the start and end of the decade, the top female player in the United States made more than the top male player.

Gender equity in tennis has been in the spotlight for decades, stretching back beyond Billie Jean King’s threat to boycott the 1973 U.S. Open. Over the span of 34 years, the four major tennis tournaments decided to pay their men’s and women’s winners equally.

Another sign of growth toward pay equality is that tennis players from both the ATP and WTA have come together to campaign for a larger share of tournament revenues. Their hope is that by moving closer to a 50-50 split, common in other pro sports, they can increase salaries for all players, male and female.

You Can Shape the Future of Sport Salaries

If you are interested in equalizing athlete pay, or if you want to push for better compensation for players overall, consider a career in sport management. Managers, owners and other administrators can have direct input in how much players get paid. Agents can be advocates for fairer wages and better benefits. And sport marketers can attract more fans to a league or player, increasing revenue and support.

Adelphi University’s MS in Sport Management empowers students to pursue their unique passions and better support the sports they love. Their top-ranked masters is offered online and on campus, and its flexible curriculum allows students to take a general track or choose from specializations in sport marketing or collegiate athletic administration. Students develop wide-ranging leadership skills and learn to conduct the marketing and administrative tasks of sport organizations and business operations.

If you’re interested in learning more, you can visit Adelphi’s sport management info page and download a free brochure, or call 888.252.4110 to talk with one of their enrollment counselors.